Hi Omona! It's been almost two months since Snuper wrapped up their promotions for Back:Hug, but they've still been very busy! This post will cover almost all of their activities during and after promotions, right up until they arrived back in Korea to prepare for their comeback on the 20th, as well as a few miscellaneous things. Enjoy!!


In early April, Snuper travelled to Vietnam to perform at the 2017 Hanoi Korea Culture Festival and meet their fans in the country! The festival was organized as a commemoration of the 25th anniversary of diplomatic relations between Vietnam and Korea, and also features Korean artists EXID and FANTA-STICK.

Snuper arriving at the airport in Vietnam

The festival was held from April 8-9th, at the Ly Thai To Flower Garden. During their set, Snuper performed their own discography, as well as a cover the popular Vietnamese song Phía Sau Một Cô Gái.

[Snuper has gained one more fan!]I am not a fan of SNUPER, I have never heard of their name before today. When I was working with the audio / sound equipment, I noticed that the two groups [t/n: EXID and SNUPER] had arrived, however I didn’t really care and kept working. After when I went backstage and into their waiting room. I heard they were very handsome so I hurried out to see them.

At the door of their waiting room there were 2 security guys and a few staff members, looking inside I could see the members were changing and putting on makeup. I acknowledge they are 5 million times more handsome in person than onscreen and in clips. I gathered up the courage to get closer and sat at the step of the door with my head peeking in. One of the members saw and greeted me ;; I became breathless, my heart beat faster, my body started shaking, and my cheeks turned pink. I greeted him with my hand, withdrew myself and left.

But I was obedient / good-mannered and asked for permission, okay? I didn’t take pictures or film them, nor did I shout at them so I was able to sit near them and converse with them.

From there, I continued sitting at the door of their waiting room so I could get a glimpse of them being sleepy and playing happily on their phones. Then one of the members with white hair, a tattoo on his chest, and was very handsome [t/n: Suhyun, obviously lol] took a chair and sat directly in front of where I was sitting. When I finished glancing over at him, he looked back at me in a way that was like staring coldly but also seductive vcl [t/n: I think vcl is Viet slang for wtf but I’m not sure since I’m not well-versed in internet slang ;;]. I got very embarrassed and turned around, then he laughed. From time to time, I came over to stick my hands in to give them finger hearts and my actions were reciprocated every time.

At one point, the one with purple hair [t/n: the fan wrote “Sebin” but she really meant Sangil; she clarified this in a later tweet] came out to the exit door and stood about 3 footsteps away from me. I then used my poor level of Korean to ask “Have you eaten yet?” He smiled, rubbed his stomach, and shook his head saying that he hadn’t eaten yet. SUDDENLY, he came in front of me and held out his hand, saying “ahhh” and asking for some food. I told him, “I’m sorry, I don’t have any food.” Then their manager pulled him back inside.

After a moment, when they were preparing to go onstage, I stood near the place where they were getting their mics and SUDDENLY the member who was really tall came in front of me and asked “My name is Sangil, how do I say it in Vietnamese?” I tried to teach him how but no matter how hard I tried, he still couldn’t pronounce it correctly so I told him to just say, “I am Sangil” only. He is not only handsome and smells good but is also tall. Whenever he talks he looks up and sticks out his neck and tires out his shoulders (?). After performing he sat down and played in the waiting room obediently / quietly.
I was responsible for cleaning out the waiting rooms before and after the groups performed. Their waiting room was aromatic; there was a lot of towels for when they wiped their sweat away. The girl group’s waiting room [t/n: EXID] didn’t really have any smell, it was only filled with rubber bands and hair ties.

Overall, there were a lot of interactions that I can’t recall but in conclusion the members are very handsome and extremely polite and lovable. SNUPER has gained one more fan!

Along with attending the festival, snuper also held fan signs on the 8th and 9th to meet with their Vietnamese fans! At the event, their fans surprised them with flowers and personalized nón la’s.

(The fan says that for both days she mistook Sangil for Sebin and is deeply sorry about it. She says the bag of Pinnattsu (a peanut cracker snack) she gave to him was her apology.)

After the fan talked with Taewoong:

Sangil: *in Japanese* Are you Japanese?
Fan: *in Korean* No, I am Vietnamese.
(the two look at each other and laugh together)
Sangil: Ah we met yesterday, you are very cute. *holds out his hand*
Fan: You remember? *takes his hand* Ah I have a present for you. This [the Pinnattsu snack] is super delicious!
Sangil: Really? I will definitely eat it. Thank you very much ~
Fan: Bye oppa :((

Snuper onstage at the festival with KNK, EXID, and Highlight

Near the beginning of June, Feel Korea released official posters announcing that Snuper would be performing at the London Korea Festival along with KNK, EXID, and Highlight. The original poster upset many fans because of KNK and Snuper's names being much smaller than Highlight and EXIDs. The poster was later changed to have them all at the same size.

At the concept, Snuper performed several songs out of their own discography, as well as a BTS medley with dance group LoKo. They also called a lucky member of the audience onstage and serenaded her with their OST song "Oh My Venus"!

Encore With KNK, EXID, and Highlight

Snuper also become dance instructors at the London Kpop Dance Workshop, also hosted by Feel Korea. They taught the choregraphy for Not Today by BTS. Afterwards, they held a mini fanmeet and gave away free signed albums to all the participants!

The full gallery from the Workshop can be seen here!

Fans have been aware of Suhyun's chest tattoo ever since their early days, but were never able to see enough of it to find out what it was for over a year.

Luckily for them, Snuper's Rain of Mind photobook featured photos of all the members shirtless and covered in glitter, with Suhyun's tattoo finally somewhat visible. It reads "There is two kinds of music, the good, and the bad. I play the good kind.", a quote from Louis Armstrong.

The rest of the glitter photos can be seen here. Because Snuper have been looking consistently good all year, here's some of their best SNS photos/videos!


They tagged the fan that made them the flag!


With Kangnam (who apparently signed with Widmay recently)

Snuper will be coming back with a repackage album called "The Star Of Stars"! in like five hours bc it took me forever to finish this post...

thank you so much for reading!!! let me know if anything is broken or hard to read ;;

14U (One For You) are a 14 member boy group under BG Entertainment. They were first announced in September 2016, when an official Instgram and Twitter were set up and began posting teaser photos for 10 of the members. After two weeks, all the photos were deleted and the accounts went silent. In October, they began posting photos again, this time with the member's faces hidden, and finally began revealing their faces on Christmas day. The 14th member was kept hidden for much longer, his profile was released two months later on February 14th.

14U debuted in Korea on April 17th with "Very Very Very", despite their previous statement that it would be in July. Prior to their debut, they promoted briefly in Japan.

This post covers both their Compass and Rain of Mind eras because OP is a terrible stan and never posts anything on time. I tried to mostly include only english subbed videos. Enjoy!! 💖

Snuper is a six-membered boy group under Widmay Entertainment, home to notable actors such as Hong Jonghyun and Lee Kiwoo. They are Widmay’s first idol group, debuting on November 16th 2015, and consists of the members Taewoong, Suhyun, Sangil, Woosung, Sangho, and Sebin. Their group name represents how they are something much greater than super and hope to be supermen in the lives of their fans, adopting the phrase "HIGHER THAN SUPER!" as their greeting. 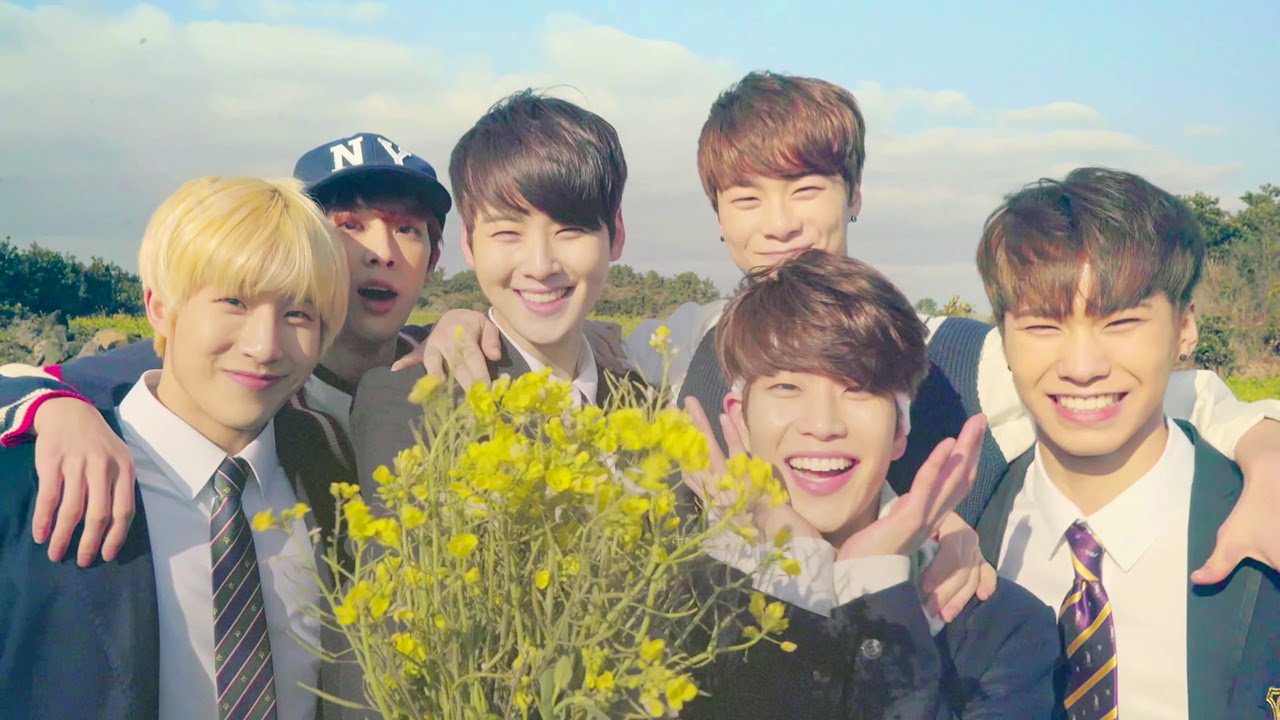 아스트로 (ASTRO) is a South Korean idol boy group from Fantagio Ent. consisting of six members. 아스트로 (ASTRO)’s name meaning is star (in Spanish) and it’s name contains the boys’ pure desire to becoming a (rising star) who will receiving loves from everyone, hence their introduction, WANNA BE YOUR STAR!

let me know if anything is broken or hard to read! 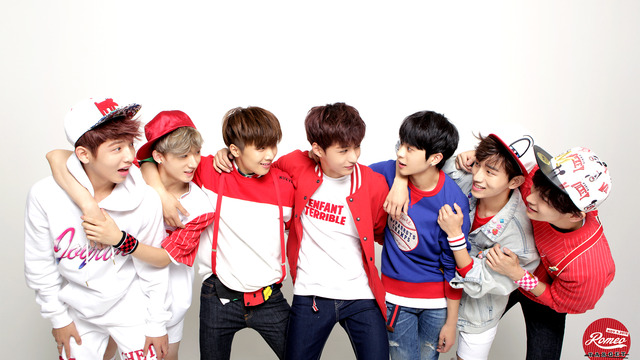 ROMEO is a 7 member group formed by CT Ent. in 2015, which later merged with Hunus Ent. in early 2016. They are the companies first idol group. The group, consisting of Seunghwan, Yunsung, Milo, Minsung, Kyle, Hyunkyung, and Kangmin, made their debut with "Lovesick" on May 7th, 2015. their group name is ROMEO because they hope to be everyone's first love hence their opening statement: YOUR FIRST LOVE!

please support these babies!! they've worked so hard ever since debut and they're really talented! 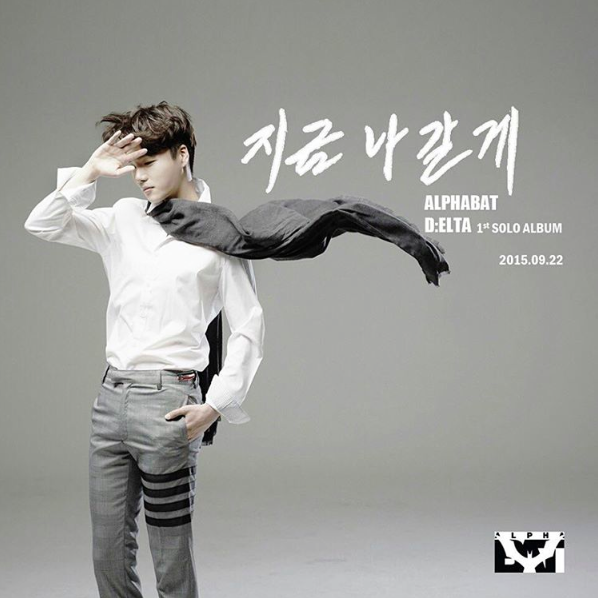